The votes are in. The paid members have spoken and an overwhelming majority voted for change with 100% of the actual votes cast (+1 present and 5 no-replies) in favor of the elected candidates below:

As a reminder, the election was requested of the Steering Committee by paid members of New York QWAFAFEW in good standing. Democratic due process was followed to the T – consistent with the Charter – including full transparency on the voting logistics, count & the digital audit trail. We are now putting behind us a dark and dysfunctional chapter in QWAFAFEW history in order to aspire to the highest standards of good corporate governance. Stay tuned for more on the agenda of change.

We should also remind the ex-incumbents that they no longer have any official capacity at the New York Chapter of QWAFAFEW nor any rights to the funds of the chapter. We do expect their cooperation towards a smoother hand off. We thank you all for your patience and participation. We are excited for the new era of leadership under Milind and Stefan.

He was also a co-founder of Risk/ Quant Strategies at Merrill Lynch IM after a similar role at Ernst & Young. Sharma has an MS in Computational Finance and an MS in Applied Mathematics from Carnegie Mellon where he was also in the PhD program in Logic (AI). Other education includes Wharton, Vassar, and Oxford. He has published extensively on hedge funds and is a frequent speaker at conferences. 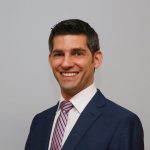 Stefan Byramji is a professional with 15 years of cross-cultural experience in sales, management, and relationship management. Most recently, Stefan served as Vice President of Sales at QuantPlot LLC, a fintech startup that sold software for data visualization and quantitative analytics on financial time series data. Prior to QuantPlot, Stefan spent the first 13+ years of his career in Nicaragua where he was a founding member and/or board member of multiple industry associations, and was involved in the incorporation and crafting of the Charter of multiple associations. Among other industry associations, Mr. Byramji was a board member of the Association of Nicaraguan Investors & Developers (ANID), in a member of the American Chamber of Commerce and the Chamber of Tourism.