A Research Study – Stock Returns on Customer Satisfaction Do Beat the Market: Gauging the Effect of a Marketing Intangible

“A Research Study – Stock Returns on Customer Satisfaction Do Beat the Market: Gauging the Effect of a Marketing Intangible”

Peter Lynch used consumer focus groups and the concept of “brand loyalty” as a key equity selection criteria while managing the Magellan Fund at Fidelity Investments from 1977 to 1990. During that time the average annual return experienced by Magellan’s shareholders was over 29%.

This presentation will explore ways to adapt Peter’s idea for the 21st Century by leveraging “Big Data” into history’s largest and most timely “brand loyalty” focus group.

RSVP to nyc@qwafafew.org In text body, please provide the name, phone number, email, and membership/affiliation status for each attendee.
Admission Fees: Use Paypal Link by clicking here or type the URL: https://qwafafew.wordpress.com/meeting-admission-nyc/
or bring Check or Cash to the door on the night of the event after you RSVP.
$35 for paid-up QWAFAFEW members (any chapter);
$40 for CQA members, SQA members, CQFs, CAIAs, CTHFAs, and sustaining (paid) PRMIA members, full-time students, those between positions, FWA members, IAFE, MTA members and members of any CFA Society;
$50 for members of PRMIA (free members), GARP, and/or members of any Quant-affiliated Linked-In group;
$60 for all other RSVPs;
Unless paid through PayPal, $10 late-fee applies to those not RSVP’d by Noon of the day of the event.

Start or renew a 12-month membership: dues of $120 allow one to attend the next 12 meetings at the membership rate (with the first meeting free)

or bring Check or Cash to the door on the night of the event after you RSVP at nyc@qwafafew.org

student and transition memberships also available: see below for details

12-month membership dues of $120 available at the door (Use Paypal Link: https://qwafafew.wordpress.com/purchase-qwafafew-nyc–chapter-membership/  or bring Check or Cash to the door on the night of the event after you RSVP), and attend this meeting for free.
Student membership available for $60 (first meeting is free) or Transitional membership available for $80 (1st meeting free) Paypal Link:      https://qwafafew.wordpress.com/qwafafew-paypal-buttons-regional-meetings/ 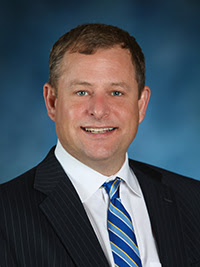 Dr. Forrest V. Morgeson III, Director of Research and Global CSI Manager
Forrest Morgeson is responsible for managing ACSI’s academic research and statistical analysis, as well as its international licensing program and global custom research projects. Morgeson’s areas of expertise include citizen satisfaction with government services, cross-national citizen and consumer satisfaction, and the financial impact of customer satisfaction in the private sector. His research has been published in leading peer-reviewed marketing and business administration journals. Morgeson’s book entitled Citizen Satisfaction: Improving Government Performance, Efficiency, and Citizen Trust was released in 2014. Morgeson has consulted with dozens of government agencies and multiple corporations on both citizen and consumer satisfaction, and has delivered lectures and presentations in more than 30 countries around the world. 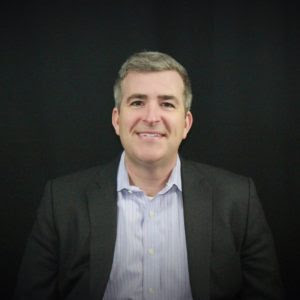 Kevin is responsible for expanding the footprint and awareness of ACSI Funds’ proprietary strategies to allow investors to access the previously unexploited investment factor of customer satisfaction. Mr. Quigg has previously headed SPDR ETF’s Global Sales Strategy, Global Capital Markets, and Institutional ETF Sales Groups, where he was responsible for working with market participants in the primary and secondary markets in the Americas, Europe, Asia, and Australia. Prior to joining SPDR ETFs, he was a Business Development Officer responsible for exchange traded product sales for Barclays Global Investors. Mr. Quigg is a frequent guest in many media outlets including CNN, CNBC, Wall Street Journal, and Yahoo Finance among others. Mr. Quigg is a graduate of the College of the Holy Cross. He holds his FINRA series 6,7,24 and 63 licenses. 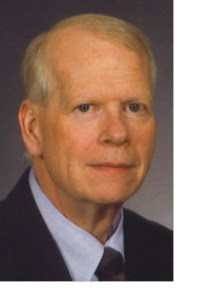 “It became clear to me that nearly all of the so-called ‘Leading Indicators’ available to investors were in fact no more timely or leading than last month’s account statements,” he says. “I also knew that data was already being collected that could allow investors to know how consumers are acting day-to-day. The only problem was developing analytical techniques capable of delivering that information several times per week.”

Mr. Davis’ interest in the development of technologies that empower investors started over 30 years ago. One consistent strategy utilized by Mr. Davis during his entire career has been to push the data collection process as far up-stream as possible, developing technologies that capture critical data as close to the original source as conceivable. The internet has finally made the capture of vast amounts of data about consumer economic activities on a real-time basis practical. Mr. Davis created the Consumer Metrics Institute to acquire and channel that information to investors in a timely manner.

A secondary theme throughout Mr. Davis’s career has been the development of tools to measure and analyze risks. “One of the broadest kinds of risk encountered by an investor is systemic risk, where the entire market, economy or financial system is under stress,” he says. “At the beginning of a downturn the investor may be encountering either a ‘market correction’, a cyclical bear market or a once-in-a-lifetime event – all of which look the same at the onset. The first should be attacked, looking for buying opportunities. But clearly the latter should be fled. How does the investor know which course to take?”

Under Mr. Davis’ direction the Consumer Metrics Institute has focused on turning upstream economic data into information that an investor can use to assess the scope of the systemic risks associated with the equity markets. “We’ve developed our indexes to help investors identify the possible severity of the economic events that are unfolding in front of them”, Mr. Davis says.

The results of the Consumer Metrics Institute’s research and development is available free of charge on the Consumer Leading Indicators website: http://www.consumerindexes.com/